The Oscar- and Emmy-nominated producer behind Walter Koblenz, All the Presidents Men, and about two dozen other titles, died March 16 at the age of 93. The cause of death was not disclosed.

Born in Germany in 1928, Koblenz claimed his first and only Oscar name for the 1977 film Alan J. Pakula, which won four awards for Best Picture and seven other awards, including Best Supporting Actor, Best Writing, Screenplay based on material. From another medium (William Goldman), art direction-set decoration and sound. Koblenz’s nomination came three years after she received an Emmy nom for a role in NBC’s limited series The Blue Night.

Throughout her career, she has made headlines such as Her Majesty, Money Talks, The Babe, 18 Again !, Kips ?, Sister, Sister, Spacecamp, Strange Invaders, The Legend of the Lone Ranger, The Onion Field, and more. Several other TV movies, including The Candidate.

Coblenz began his film career as an assistant director and production manager at the feature film Downhill Racer. In the Heart, Terminator 2, The Doors and Rambling Rose.

He was a member of the Academy of Motion Picture Arts and Sciences and has worked for many years in the Directors Guild of the American Special Projects Committee, which oversees educational and cultural events for members, art and academia.

Koblenz is remembered by many in the industry as a generous and tireless mentor and a loving husband to Rita (née Bellisle) Coblenz. He is survived by his son Martin Koblenz and his wife Eden, the parents of his grandson Evan; Her daughter Helen Yakabuchi and her husband Rick, parents of grandchildren, Daniel, Jordan and Anthony; And his son John Koblenz. 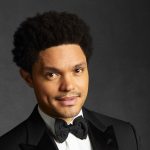 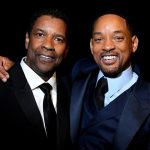 Ear has confirmed our scoop since last month by announcing the details Top gun: Maverick Screening and special tribute to Tom Cruise. The film is […]

A red carpet debut? Kim Kardashian He has addressed whether he plans to attend the Met Gala Pete Davidson Beside him – and nothing off […]

Patrisse Cullors responds to reports that BLM founders use grants