BFI has named Luis Ortega as its Senior Production and Development Executive for its film fund.

Ortega has roles in companies including C-S Films, Vertigo Films and Slim Film & Television. At BFI, he will work on both development and production funding, accessing applications, recommending funding decisions, and providing creative production support for filmmakers. The focus will be on his portfolio debut.

He will report to the fund’s editor-in-chief Natasha Wharton and will work with senior executive Christine Irving, as well as editor-at-large Lizzie Frank and development executives Auf Hayes and Phoebe Sutherland. The role has been replaced by Farhana Bhula, who joined Film 4 earlier this year.

Mia Base, director of the BFI Film Fund, said: “I am thrilled to have Lewis join, bringing a lot of experience and dynamism to the Film Fund team. There’s a real specialty around writing and story development that will be really valuable to our team and of course to the filmmakers we support.

Luis Ortega adds: “I believe this is an exciting time for cinema. I can’t be more excited about the strong team that Mia Bass is joining in the BFI Film Fund. We are going through this new reckoning, the film is more important than ever to bring us together and bring us back to ourselves. 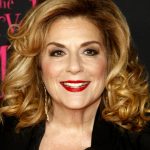 Back up! A week later Will Smith Slap Chris Rock At the Oscars, Questlav He joked about the incident while presenting a Grammy Award. “I’m […]