Chris Rock returns to SNL in the shadow of Oscar Slap; What else to watch on NCAA and TV 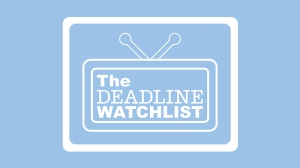 Editor’s comment: Deadline Watchlist is a feature that highlights the special, events and unmissable episodes of each week’s running small-screen series.

1. Grammy Awards: Hey, it’s been four days since the last live show on Broadcast Television! Time for another one. The annual Grammy Party has moved to the MGM Grand in Las Vegas, where Trevor Noah will be celebrating festivals that may or may not include a visit to Canyon West (which is ready for five Grammys). This weekend’s music fest performers include Maria Besserra, John Legend, Silk Sonic, Carrie Underwood, John Batist, Brothers Osborne, BTS, Brandy Carlyle and Rachel Ziegler, along with Jay Balvin. Yes, you read that right. The West Side Story has also received an invitation to the Enigma Grammy. – Lynette Rice
April 3, 8:30 PM ET, CBS

2. Behind SNL: NBC’s Live Saturday night Comes back after a break this weekend to revive a news cycle influenced by Oscar mourning that involves one of the show’s own, SNL Alam Chris Rock. Hosted by co-star Jarrod Carmichael, the sketch program will likely respond to a slap from Will Smith on March 27. And while Rock will be performing on stage in New Jersey during the NBC telecast, he can make a somewhat conceivable film. Make a pit stop by the road or at Studio 8H when he travels from Boston, where he travels to Atlantic City, NJ on Friday night, where he spends Saturday night. So far, there has been no presence by the rock set, according to sources, but plans may change at the last minute as it often happens on SNL. Stay tuned. – Nellie Andreva
April 2, 8:30 PM PT / 11: 30 PM ET, NBC

Will Smith, the academy said in a letter to members that it would take “a few weeks” to investigate the Chris Rock incident.

3. Bob Eger’s Post-Disney Media Tour Continues: Former CEO is the guest Who’s talking to Chris Wallace? In an interview tomorrow where the former Disney boss talks about his meetings at the Vatican and Pope Francis’ visit, he regrets not raising Disney’s minimum wage too much and whether he is still aspiring to be president. Freewheeling interviews show why Wallace’s show is one of CNN + ‘s signature elements when it launches this week. The question for CNN + is whether enough consumers are willing to pay a monthly subscription for its mix of news and lifestyle. Wallace says he prefers the flexibility of a streaming show with less time constraints and shows it in Eiger’s interview, as he can answer the former CEO if he would ever buy Fox News if he offered Rupert Murdoch. It wasn’t, and Iger’s answer wasn’t. – Ted Johnson
March 31, 6 PM ET, CNN +

4. The NCAA bracket goes under the cable: Every March, the NCAA Tournament is served with catchy storylines, usually centered on at least one excessive underdog. This year, neither team in the Final Four – 1-seed Kansas, 2-seed Villanova, 2-seed Duke or even 8-seed UNC – really matched that bill. These four powerhouse programs face off. But if you’re looking for a story line, what about the ultimate game (s) of the man many call the greatest college basketball coach of all time? Duke Mike Krzyzewski’s impending retirement makes the Blue Devils passionate – if not real – favorite to win everything. Each Duke player has risen to the occasion during the tournament, statistically becoming the best offense in the country. Now, with the resignation of their respected coach, they have the inspiration and the expectation to say goodbye to him in style. – Tom Tap
April 2, Villanova-Kansas: 3:09 PM ET, TBS; April 2, UNC-Duke: 5:49 PM ET, TBS
National Championship Games: April 4, 9 PM ET, Team TBD, TBS

5. Invisible Pilot: Crop-dusting, drug trafficking and CIA. EP Adam McKay and a three-part HBO documentary from the directors and Cold case file Wet Phil Lott and Ari Mark is a true hidden history story of Arkansas in the 1970s that has everything you need … and much more. – Dominic Patten
April 4, 9 PM ET, HBO