The South Carolina Department of Corrections has announced its first execution after announcing plans to move away from lethal injections and carry out executions through firing squads.

Death row inmate Richard Moore, 57, is due to be executed on April 29 and must decide within 14 days whether he wants to carry out the execution by firing squad or electric chair. Richard was convicted in 2001 of armed robbery and in 1999 of killing a convenience store clerk in Spartanburg County.

Associate Justice Kay Hern wrote a 14-page debate on the execution of Richard.

“The death penalty should be reserved for those who commit the most heinous crimes in our society, and I do not believe that Moore’s crime has increased to that level,” Horn wrote.

Justice Horn is not the only person to speak. Many supporters have also argued that Richard’s crimes do not escalate to the level of heinous crimes against other executions in the state. His appeal lawyers said that since Moore did not bring a gun to the store, he did not intend to kill anyone when he entered.

If Richard decides to go with the firing squad’s execution, the three volunteer shooters – all correctional department employees – will have live ammunition rifles, and their weapons aimed at the prisoner’s heart. A hood will then be placed over the prisoner’s head, giving him a chance to make a final statement.

According to the Washington-based nonprofit Death Penalty Center, South Carolina is still one of eight states to use electric chairs and one in four to allow firing squads.

Roommate What are your thoughts? 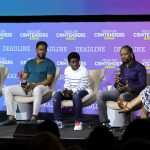 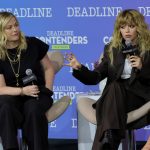