A Killing Eve Work is underway on the spin-off of BBC America and the AMC network, looking at the early life of MI6 spymaster Caroline Mertens.

The UK newspaper The Sun, which broke the spin-off news, quoted a source as saying that a finished show was “months, if not years away”.

It is unknown at this time what he will do after leaving the post.

Caroline, starring Fiona Shaw, began the original show as the ruthless and mysterious head of MI6’s Russia desk and starred in all four seasons of the cat-and-mouse drama. The spin-off will focus on his earlier life, perhaps looking at his time as a young spook in the former Soviet Union.

This comes after four-season lead author Laura Neal hinted at further expansion in an interview earlier this week. In March last year, Dan McDermott, president of the AMC Network’s original programming, hinted at “the potential expansion of this fascinating universe” after announcing the final race of the original.

The conclusion of the two episodes Murder Eve, which finances and distributes Endeavor content, airs on BBC America from 8pm, revealing the final outcome of the psychotic villain of Ohus Eve and Kamar.

Neither Sid Gentle nor AMC commented this morning. 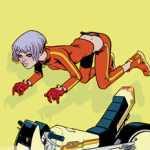 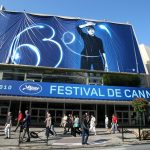 A timeline of their relationship

Who knew that for the 1995 screen test All my children Could it be one of the most successful love stories in Hollywood? They have […]