The fact that the late Leonard Bernstein, a conductor, did not capture the imagination of the American public quite like Gustavo Dudamel.

It features a Venezuelan-born man with a flashing baton and flying curls. 60 minutesProfiled New YorkerInspired by a TV series (Mozart in the woods), And has even been animated Simpsons (A sure sign of broad cultural penetration). A new documentary about the music and artistic director of the Los Angeles Philharmonic and the music director of the Paris Opera, Long live the master!Opening today in New York (Film Forum) and LA (The Landmark Westside Pavilion).

“It’s a very, very rare cat – a very, very special musician,” announced director Ted Brown. “It simply came to our notice then. It is a magnet for musicians all over the world, from every walk of life and every genre and stripe and then it reaches the audience. She is exceptional. I think Bernstein is the last person to reach this kind of reach and popularity. “

The documentary captures Dudamel’s extraordinary ability to communicate musical ideas with an orchestra, be it LA Phil, his local Venezuelan Simon Bolivar Symphony, or young classical musicians from around the world. His explanation, for example, is what Beethoven is going for in 5M And 9M Symphony becomes so clear and catchy that even a non-musician can absorb it.

“He has the ability to express a feeling, a kind of goal, an emotional bully … for musicians, and to express in a way that goes through all the technology and really reaches any audience,” Brown observed. “There’s a wonderful moment in the film where he’s trying to make Beethoven’s 9th chorus a little more alive and shiny. ‘It needs to be more like champagne and less like the moon,’ he says, ‘and that resemblance that gives life to anyone.

Brun not only has extensive experience as a writer-director of award-winning documentaries, but also as a musician who has performed in an orchestra. Its latest features are Docs, Darfur now (2007) and Bet at zero (2016), working on political and economic issues; Long live the master! – When it started in 2016 – it might seem like it offered a clear thematic exit. But then, as the political situation in Venezuela deteriorated, Dudamel found himself increasingly drawn to anger.

With less than a day to go before filming began in 2017, protests against the government of President Nicolas Maduro began. More than 100 people have been killed, some by authorities and others by pro-government paramilitary groups. Film quotes from a New York Times Op-ed Dudamel was published in July 2017 where he wrote, “My country is living through dark and complex times, following a dangerous path that could inevitably lead us to the betrayal of our deepest national heritage.”

In response, the film shows, the Maduro government canceling the Asia tour of the Simon Bolivar Symphony Orchestra, led by Dudamel, and a U.S. tour for the Venezuelan Youth Orchestra. Revenge was devastating for Dudamel, not only because of his emotional connection to his country, but also because of his commitment to young musicians. He himself is famously a product of El Sistema, a remarkably successful system of youth music education founded by Maestro Jose Antonio Abreu, a consultant of Dudamel.

Due to the rapidly changing political environment, Brown and his filmmaking team scratched different shoots.

“It was a huge challenge because we wanted to return to Venezuela a few more times to continue our relationship with him. [Simón Bolívar Symphony] The orchestra, and the kind of current exciting journey that accompanies him, is where he came from and how he became the person he was, “Bran tells Deadline.” Can’t [to Venezuela]”

Political tension has become a persuasive element for the documentary; In symphonic terms, it is like a repetitive motif in the whole part. The primary theme, however, is to explore an artist dedicated to bringing beauty to the world, a conductor who believes in the healing and unifying power of music. Dudamel’s work is not “non-political” – it collectively leads us to a mystical plane, a harmonious and radiant side.

Long live the master! A release from Greenwich Entertainment and Participants, an escape artist and the Center for Gravity Productions. Producers are Brown, Steve Tish, Dean Shram, Howard Bragman and Nicholas Payne. The executive producers are Jeff Schol and the late Dian Weirman. Cinematographers are Buddy Squares and Richard Pierce. Edited by Kate Amand.

The documentary will air next week in theaters in Boston, Washington, DC and San Francisco (it is set for VOD release on May 24 on Amazon and Apple TV).

“I never expected that we would have to wait two years for an epidemic to reach this audience,” Brown said. “At a very basic level, we were making a film that we believed celebrated the value of coming together and that communal value of the art experience and the music of the film. But I think theater also has a communal value and it’s a movie that is really meant to be experienced in a theater. It has a beautiful, beautiful theatrical sound. “

The director added, “I hope viewers will feel that through Gustavo – communal and weaving together that can come from great music and great movies. We live in a very broken time and have suffered as a planet through epidemics and political and social upheavals in the last few years, and for 90 minutes to come together and remind us of our shared humanity and our shared part with each other, I am real Think worth it. And I hope people get away with that feeling when they go to the theater. Gustavo is a bright, expressive, outspoken person. “ 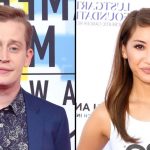 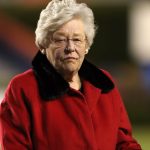 Travel chaos has hit Mip TV, a string of easyjet cancellations from the UK, forcing participants to look for alternative routes to the ear market. […]

“Thank you. Thank you so much. I’m not going to talk about it,” actor-comedian Jarrod Carmichael said at the top, in his first opening monologue […]