NBC is planning its summer reality show. The network today set the premiere date for a quartet of unwritten series: American Got Talent, American Ninja Warrior, Its NBC returns What do you think of yourself? A decade later and new competition shows Dance with yourself.

The 17th season of the summer juggernaut America has talent The series will premiere on Tuesday, May 31 at 8-10pm Dance with yourself, A competition that includes dance producers Nick Jonas and Shakira. Jonas replaces Shakil O’Neill, who was initially announced a few weeks ago. 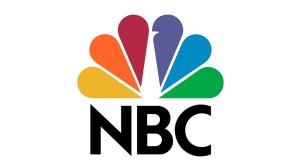 American Ninja Warrior Season 14 returns with a two-hour premiere starting at 8pm on Monday, June 6th. Hosts Matt Iseman, Akbar Gazabimila and Jury Hall have returned from San Antonio and Los Angeles to call for preliminary round action before the national finals in Los Angeles. Vegas.

Sunday, July 10, will mark the network return of the ancestral series What do you think of yourself? Which premiered on NBC in 2010 and aired for three seasons before being canceled. TLC has chosen the series for 2013 and it will run on the Discovery-owned cable net until 2018. The show’s 11th season will begin at 7 p.m.

Here are all the summer premiere dates NBC published today: