Jazmine Sullivan is one of the best R&B artists in the game and for that reason, you’d think she’d get a lot of GRAMMY prizes, but sadly you’re wrong … so far. After multiple nominations and multiple losses, Jazmine Sullivan has finally won not one, but two GRAMMY awards for her incredible album ‘Heaux Tales’.

It was a long, hard road, but after 15 losses, R&B powerhouse Jazmine Sullivan finally got her GRAMMY moment. Courtesy of her chart-topping and critically acclaimed album ‘Heaux Tales’, she picked up her first and second trophies from the show.

Winning for both Best R&B Album and Best R&B Performance (where he teamed up with multiple winners Silk Sonic) Jazmin’s wins were the best cherry for him for an amazing musical era. When her album was released early last year, her fans were instantly convinced it was a Grammy component … and based on what happened tonight, they were right.

During her acceptance speech for winning the best R&B album, Jazmin gave a heartfelt shout out to black women:

“I think I wrote this project to deal with my own shame and unforgiveness. I made some decisions in my 20’s that were not favorable. And thank you. But it ended up being a safe place for black women to tell their stories. For us to learn from each other, to laugh at each other and not to be exploited at the same time. And for that I am most grateful. So shout for all the black women who are just living a beautiful life. I love you all

Thanks to everyone who helped me create ‘Heaux Tales’, producer, additional writer, RCA and Sony Music, my management, my mom and dad who I love so much and I can’t wait to see, my friends and family, back in Philly Everyone who comes, my fans, my people, everyone. Thank you very much, I appreciate it. “

We want to send our congratulations to Jazmine Sullivan and all her #BlackGirlMagic! 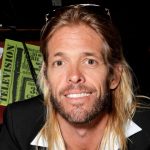 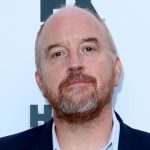