Paramount + is unlocking the latest new series of phages Star Trek saga, releasing the first official trailer for it Star Trek: Strange New WorldWhich will debut on the streamer next month.

The new series will premiere exclusively in the US, Latin America, Australia and the Nordics at Paramount + on Thursday 5 May. Following the premiere, new episodes of the 10-episode-long season will be available to stream weekly Thursdays in the United States. .

The premiere of the series was written by Akiva Goldsman, the story was written by Goldsman, Alex Kurtzman and Jenny Lumet. Goldsman and Henry Alonso Myers acted as co-listeners, with Goldsman directing the premiere episode. In addition to Alonso Myers, Heather Kadin, Frank Syracuse, John Weber, Rod Rodenberry, Trevor Roth and Aaron Bears, Goldman, Kurtzman and Lumet are executive producers. The series is produced by CBS Studios, Secret Hideout and Rodenberry Entertainment. 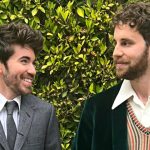 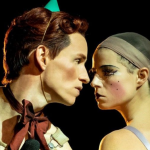