Good thing Producer Pamela Adlon gets emotional as she reflects on her journey across five seasons on the show’s panel at Sunday’s Deadline contestant TV event.

“I can’t be happy,” he said. “At this point a year ago, I was, ‘It’s impossible.’ The show has seemed a bit unfocused in recent episodes.

Adlon also discusses the line between his character Sam Fox and his obscurity in reality.

“I always say that Sam Cape is like me,” Adlon shared. “He’s like my extreme version. If you’ve ever been in a situation where you have a fight and you’re sitting in the car on the way home and you’re like, ‘What if I said this or I didn’t do that?’ So I just put all that juice in between Sam and the show. I always say the show is like a chocolate shake and I put kale or spinach in it. “ 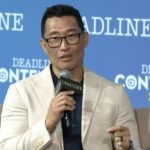 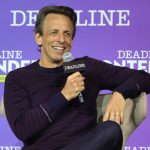 The Goranban tie-strap dress will make you feel like royalty

Us Weekly has an affiliate partnership so we can compensate for certain links to products and services. We’ve been obsessed with tie-straps lately. Especially such […]

Charming for the second time. The challengeOf Jack Nichols And fornication Compounds They may have to wait more than a year for their dream wedding, […]