Despite heavy lobbying, the UK government has confirmed the closure of the £ 500M ($ 657M) film and TV production restart scheme later this month.

The Department of Culture (DCMS) said in the last few minutes that insurance companies would work with commercial companies to cover the UK’s growing screen industries as successful projects, which were responsible for ending production breaks in the summer of 2020, come to an end.

An insider with knowledge of the situation, however, said that only one or two brokers could provide the necessary cover and that producers were already worried they might have to stop rolling their cameras.

The scheme paid £ 12M ($ 15.8M) in claims and registered more than 1,000 TV productions in 18 months, such as big-heaters. Killing Eve, Piki Blinder And Gangs of London. It has already been extended three times but the government is now shutting down most of its cowardly financial projects.

UK broadcasters and the Indies have held multiple crisis meetings this week with DCMS to try to extend it beyond April 30, published by Tuesday’s deadline, which did not prove successful.

Culture Secretary Nadine Doris says: “As we learn to live with Kovid, it is great to see that the industry has the necessary cover to create high quality content for audiences at home and abroad to ensure that the production companies work together.” 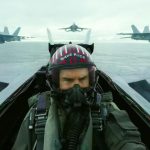 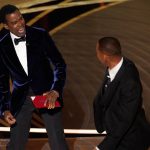 Netflix’s main role is landing No I never have Maitreyi has changed the life of Ramakrishnan forever and as a result, the lives of other […]